For the day that’s in it, when everything from my local library to the Chicago river is turning green for St. Patrick’s Day, I couldn’t help but celebrate the gloriousness of one of my favourite colours.

It’s fair to say that Green is having a bit of a moment, largely helped by Pantone naming ‘Greenery’ its colour of 2017. While it can be tricky to incorporate, there are so many tones and shades out there that allow you to convey a multitude of moods and looks. Whether you’re looking for something dark and moody or zesty and invigorating, colour masters such as The Little Greene Paint Company and Farrow & Ball have a hue to suit all hankerings. 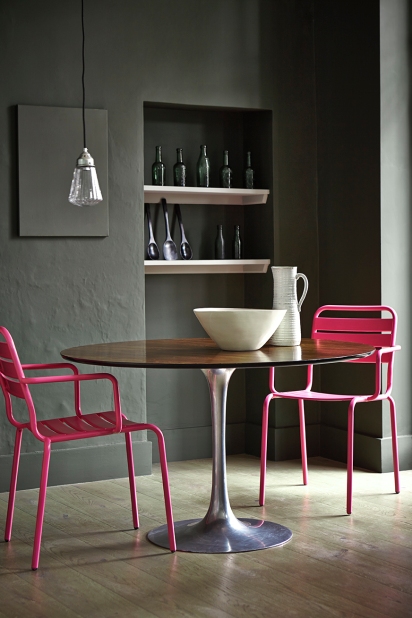 Invisible Green (56) from The Little Greene Paint Company is a lovely earthy tone. It became more mainstream when landscape gardener Humphry Repton first suggested it for fencing and railings so that they would blend in better with the background of the flora and fauna of the garden. It’s fair to say it works pretty well indoors too and the pink chairs really pop against the backdrop. 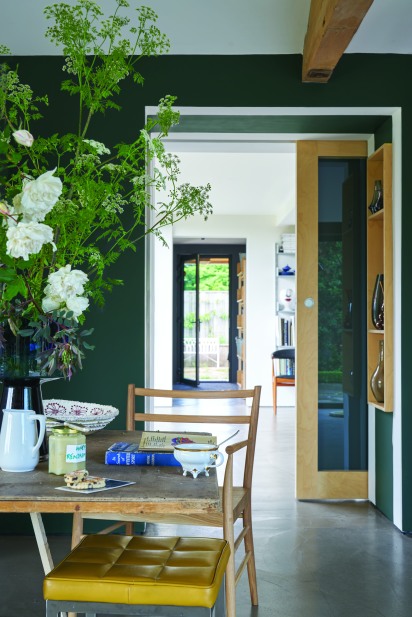 For something a lot darker, Farrow & Ball’s Studio Green No. 93 can almost appear black but don’t be intimidated. Its richness gives warmth and set against a mix of woods and mustards, you can create a real showstopper.

Ok so this is more blush pink than green but it’s a colour combination that I absolutely adore. Pastel pinks with fresh greens are a match made in heaven; something that I would happily incorporate into my wardrobe as much as my interiors. Once again The Little Greene Paint Company has a number to choose from. The rosy Hellebore (275), as pictured above, next to the greeny-yellow Citrine (71) brings femininity with a twist.

You’ll definitely be full of the joys of spring with the Arcader BP 5303 wallpaper from Farrow & Ball. The curved patterns give a modern and soft take on art deco motifs.

One thought on “The weekly glaze: Forty shades of green”